Mark Thiessen prides himself on being an aggressive trial lawyer. If the district attorney will not bargain or justice will not be served by allowing the client to plead guilty, Mark passionately and professionally represents his clients at trial. He has won DWI cases from total refusals up to quadruple intoxication manslaughter. Mark has earned formidable reputation for being a tenacious trial lawyer, and he works hard to maintain that status.

Since opening Thiessen Law Firm, Mark has continued to add to his growing list of accomplishments. Mark Thiessen was the youngest criminal Super Lawyer in Texas in 2013. As of 2018, Mark is Board Certified in Criminal Law by the Texas Board of Legal Specialization and Board Certified in DUI Law by the DUI Defense Lawyers Association. He has earned the American Chemical Society-Chemistry and the Law’s (ACS-CHAL) Forensic Lawyer-Scientist designation — the highest form of scientific recognition available for lawyers. Mark is a 6 time Texas Super Lawyer and in the Top 100 Super Lawyers in Houston (2017 & 18). In 2019, Mark was the only criminal lawyer to be named to the Top 100 Super Lawyers in all of Texas.

Mark Thiessen was born and raised in Houston, Texas. Mark attended the Village School and St. Francis Episcopal Middle School before graduating from the Kinkaid School in 1996. Mr. Thiessen then attended and graduated from Texas Christian University in 2000 with a Bachelor’s of Business Administration in Marketing. While at TCU, Mark was a member of Phi Delta Theta fraternity and on the dean’s list.

Following his time at TCU, Mr. Thiessen returned to Houston and began his law school education at South Texas College of Law (STCL). Mark made the most of his time at STCL, actively taking part in mock trials and campus law societies. Mark’s passion for the law also took him abroad: he has studied at the International Criminal Law at the University of Malta, the BPP Law School in London, England, and at the University of Hawaii. Studying in these unique legal environments required Mark to adapt to various social, cultural, ethnic, and economic groups, which is evident in his approach and personality to this day.

After graduating from law school, Mark practiced civil law at Bell, Ryniker & Letourneau and at Brown Sims, P.C. In 2006, he followed his passion for criminal law by joining the team at Trichter & Murphy, P.C., where Mark was able to study under some of the foremost legal authorities in Texas. After five years with Trichter & Murphy, P.C., Mark decided to start his own law firm, thus opening Thiessen Law Firm.

Although his practice includes all areas of criminal defense, Mr. Thiessen maintains an emphasis on cases regarding DWI, drugs, and controlled substances. The trial of a DWI case dictates that, on any given date, a trial lawyer must be not only well-versed in Rules of Evidence, case law pertaining to DWIs, and constitutional law, but also numerous areas of science such as anatomy, physiology, toxicology, chemistry, computer science, biology, and physics.

Mark’s reputation for fearlessness extends beyond his presence in the courtroom. In his free time, he competes in Brazilian jiu-jitsu as a brown belt, Muay Thai, and participates in competitions such as the Warrior Dash and Tough Mudder. Most of all, he loves going on adventures with his family. 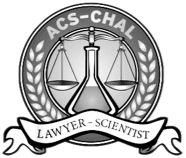 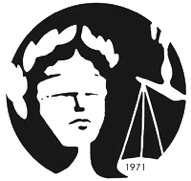 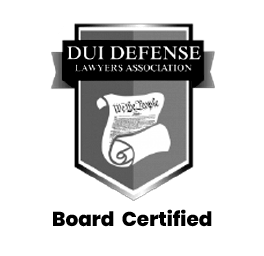 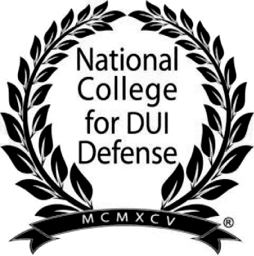 TCDLA Voice for the Defense

Back to Basics: Attack SFSTs, Not the Officer

TCDLA Voice for the Defense

Speaking with DA on DWI Trial Tactics. Voted #1 Speaker for this speaking engagement

How to Successfully Start and Manage a Law Firm

Ohio Association of Criminal Defense Lawyers Best in the Midwest

TIED FOR #1 SPEAKER: Candida Albicans and the Autobrewery Syndrome

Not Guilty v. Goliath, Taking Down High Blood Tests Without an Expert

Ohio Association of Criminal Defense Lawyers Best in the Midwest

Not Guilty Versus Goliath; Taking Down High Blood Tests Using the Disconnect Defense

TCDLA Upholding Justice One Client at a Time

TIED FOR #1 SPEAKER: Cross Examination of the Blood Analyst

VOTED #1 SPEAKER: Not Guilty vs. Goliath, Taking Down High Blood Tests with the Disconnect Defense

DWI Blood Testing Basic; What Works and What Doesn\'t

Trial Tactics From the Trenches

Basics of Blood Testing to Taking Down Big Blood Tests; How We Do It

Trial Tactics from the Criminal Trenches

The Importance of Jury Service and Knowing the Law

TIMBER! Chopping Down High Breath Tests without an Expert

Network of Professional Brazilians in Houston

New Issues in Montgomery County – Death to the \"E\" Jury; Getting a Fair Trial

Call or fill out our free consultation form by clicking Get Started Now.

Stay in the Know

Sign up to our newsletter and get the latest tips